THE WOMAN IN BLACK 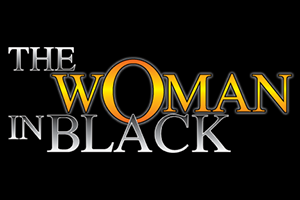 I went to see another play at a local community Playhouse. It was a fun one!

It was called The Woman In Black. Based on a book by the same name.

It's a story about a man who had lived a real ghost haunting and wanted to tell his story to his family. Though he was frightened to do so and was not sure how to go about it.

So he hires an acting coach to help him act it out. As he relives each scary moment he takes on the many characters in his story.

This was a play with the cast of only two. The settings were simple and yet they somehow manage to bring the whole story to life with tales of old haunted mansions, fog filled cemeteries, train rides and the streets of London.

This play reminded us that it is actually our minds that can create the best stories.

Using our imagination, as we did when we were children, a simple story can come to life and turn into the best theatrical play one has ever seen.

I think this would be a fun book to read too.

Posted by Joanne Kennedy at 8:39 AM