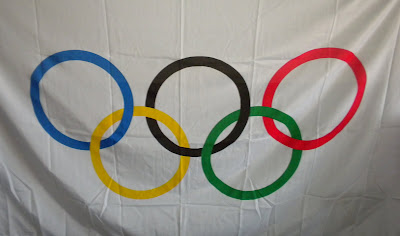 With the Olympics just around the corner, now was a perfect time to have an Olympic theme birthday party.

My friend, Sandra, gave this birthday party for her son, Jake who was turning 9. 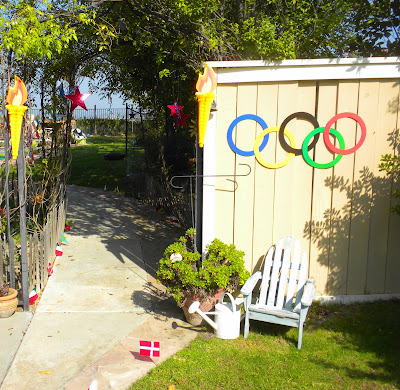 As you walked up to the house the path way was lined with small flags from all over the world.

The Big Olympic Rings Flag and Olympic Torches lead the way into the back yard where most of the "games" were held. 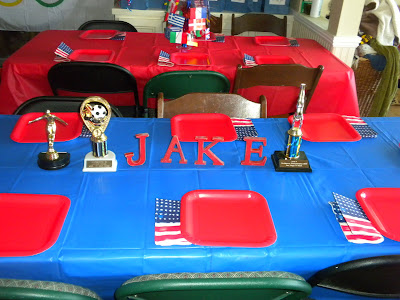 The tables were set with the colors of the "favorite" home team. USA of course. 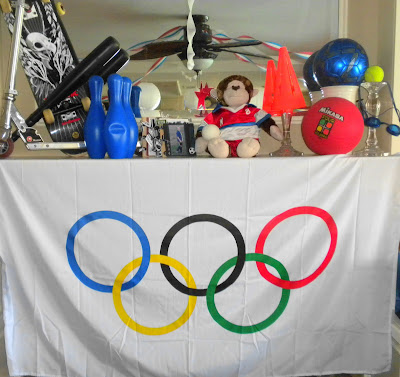 The fireplace mantle always gets decorated at their house for every party. 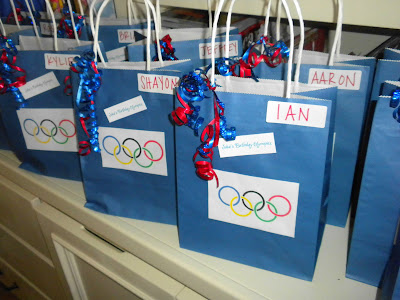 Goody bags with the 5 colored Olympic rings awaited the children. 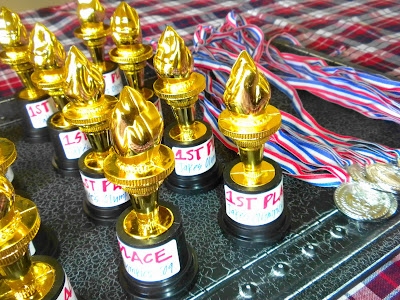 Games were played and races run. The First, 2nd and 3rd place winners all were given either an award or a Metal to wear. 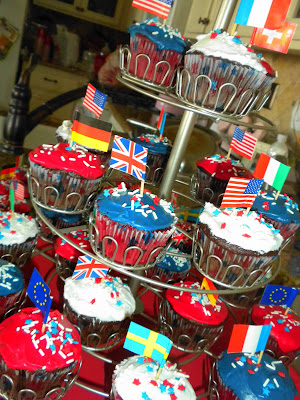 Cupcakes were cute with the different flags of the world in them. 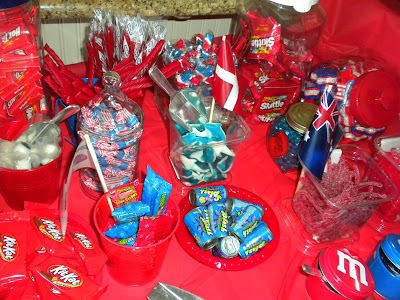 A table full of candy in Red, White and Blue (USA colors) were enjoyed by the kids and a few adults too. 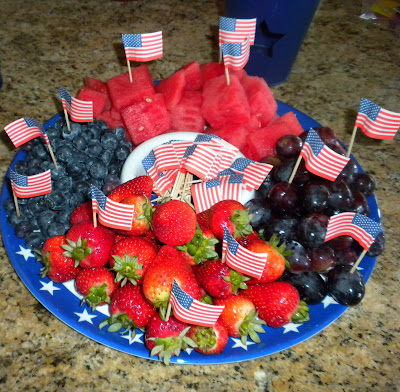 But, it wasn't all unhealthy sugar food. There was also fresh fruit to snack on.
The kids all had fun playing the games and enjoying the nice day outside.
The thing I thought that was great about this party was that not only did the kids have a great time, they also got a lot of exercise by running, jumping, throwing and playing outside.
This would be a fun theme for grown ups to do also.

You could have foods from the different Countries, do some track and field against your guest or just have fun watching the games together.

Of course with the Winter Olympics coming up it would be fun to host this theme at an ice skating rink.

Posted by Joanne Kennedy at 5:34 PM

What a fun party! Love it!

What a cute party! She did a great job.

Lots of great ideas. Thanks for sharing. What did they put in the goody bags?

Lots of great ideas. Thanks for sharing. What did they put in the goody bags?