PLANNING FOR THE MAGIC!

This January, Trinity will be turning 9. Her party theme this year is MAGIC!

So of course, I'm busy in the Party Planning Mode.

The room will be having lots of Silver, Purple and Blue stars hanging.

The color theme is Purple, Blue and Silver.

The Tables will be decorated with Magicians Top Hats, Magic Wands, White Gloves and colored scarfs come out of the hats. Cards and stars too.

Posters of Famous Magicians will be up around the room. 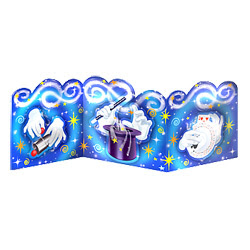 Everywhere you look will have touches of Magic...though I have to admit this is a hard theme to decorate for. Not a lot of stuff out there. So I'm doing my best with this one! 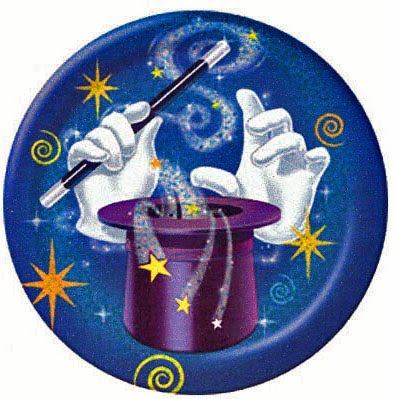 These are the plates we will have. The cups will be blue plastic with silver stars stickers decorating them.

The tables will be covered with a blue tablecloth and a purple with silver stars runner going down the center.

We are going to have a magician at the party showing the kids how to do magic tricks.

We will play games with Magic theme tied in. Any ideas you may have would be great! 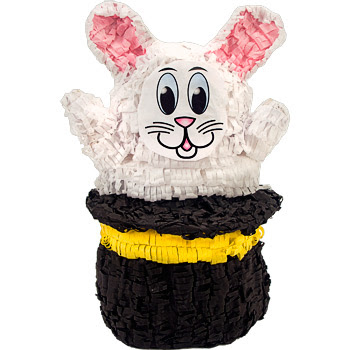 This is the Pinata that we bought. It will be full of treats and tricks that the kids will grab as fast as they can.

Since the last several Pinatas we bought ended up coming apart and falling off the rope before they broke, I got the pull strings to use on this one.
This will be a first for me. Hope they work. Has anyone had them before?

We are not having a lot of food this time. Most kids don't really eat much at parties so we decided to just do snack food, cupcakes and ice cream.

The food will have names such as, Magic Wands which will be chocolate covered pretzel sticks, Houdini dip and Hocus Pocus Chips.

Again, if you have any ideas here I would love to hear them. 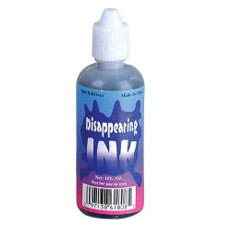 Kids will be sent home with fun Magic items like Disappearing Ink...sure hope this works or there will be a lot of mad parents out there. LOL 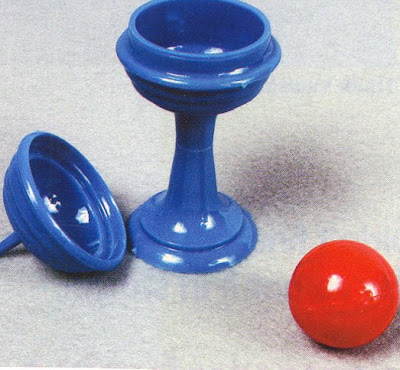 The cup with a magic ball that disappears.

I remember having this as a kid and loved it. I really thought no one knew how it worked but me. 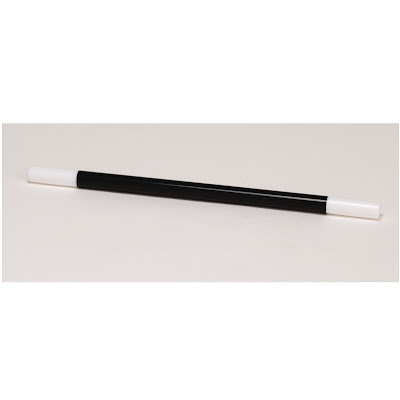 Of course, every magician needs to have his/her magic wand. So, everyone will get one of these too. 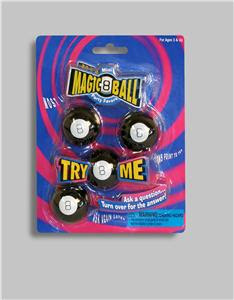 Magic 8 balls to magically get the answers to questions will also be given. 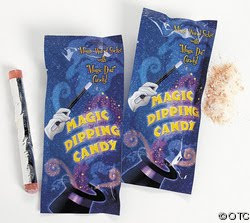 Magic Dipping Candy will also be enjoyed by the kids. 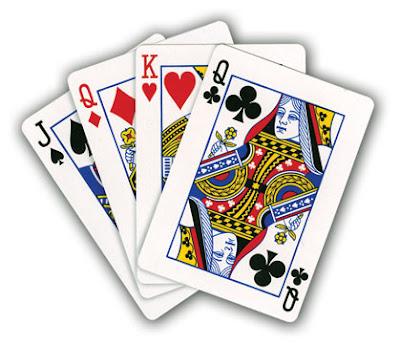 Since many magic tricks are done with cards, they will all need a set of cards too. 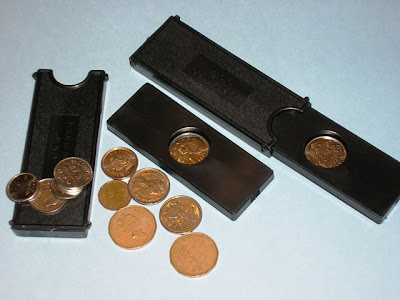 Making a coin disappear is a good way to make money, don't you think? So everyone will get a coin trick to take home too.

Several other magic tricks and treats will also be found in each child's goody bag. 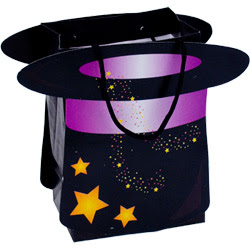 These Magic Top Hat bags are the goody bags that will hold all the items for all the little Magician's to take home.

Since these will be given out last I will have the Magician say something along the lines of "Now that you have have learned several tricks and have received your own bag of Magic it is time to turn around, grab your parents and make yourself disappear until next years party."

I did this with the Pirate Party we had for Halloween. It was a perfect way to let the kids and parents know that the party is over and it was time to leave.

I've found that if I don't do something like this then people hang around for hours after the party is over.

As you well know, giving a party takes a lot of planning and you are super tired when you are finished. Yet, even when the party is over you still have a lot of clean up and packing to do.

So, you want the party be over and people gone so you can finish up and then finally sit down, relax and reminisce about the day.

I don't want to be rude and just tell people to go. Rather by ending the party with some cute saying, people get the idea and pack up their things and go home.

So here is where I need your help! What other ideas can I use? I need ideas for games, other items to decorate with and food names for snacks we can have.

Thanks for your help. I know it seems like January is a long way off but to me, it's just around the corner.

Posted by Joanne Kennedy at 6:01 AM

Hi, saw this as a link to the actual party page. Looks like you did great.

Get daily suggestions and methods for generating $1,000s per day ONLINE for FREE.
GET FREE ACCESS TODAY