THE MANY COLORS OF PUMPKINS 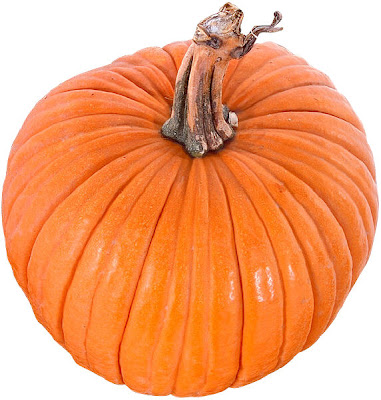 Growing up when someone said the got their pumpkin, you naturally thought of a big orange squash that could be carved into a Jack 'O Lantern.

Not the fancy kinds of carvings that people do now days. It was just the simple triangle for the eyes, an upside down triangle for the nose and then a big smile with a few teeth for the mouth.

But, this is no longer what one thinks of when we think of pumpkins. 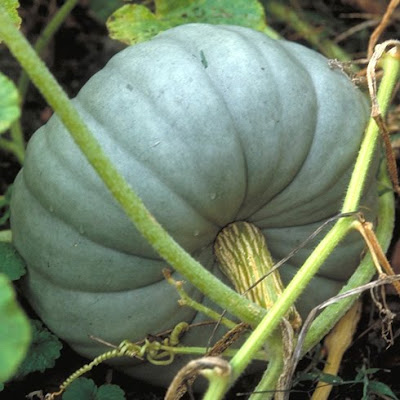 Pumpkins now come in so many different colors. It doesn't matter what color your home is decorated in, you can find a pumpkin to match.

Like this blue pumpkin! I've never seen a blue pumpkin in real life but I've seen them in photos.

I'm sure they will get easier and easier to find as the years go on. 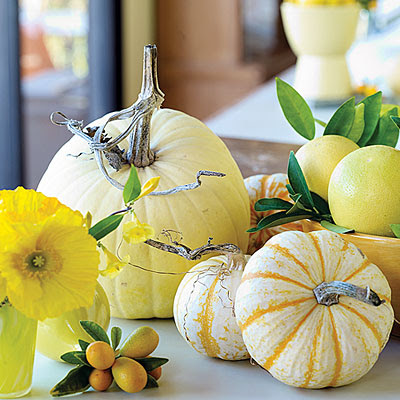 How about yellow pumpkins? These would be good here in CA. Since we have the sun shining most of the time this nice sunny yellow color would look great outside with yellow and white flowers. 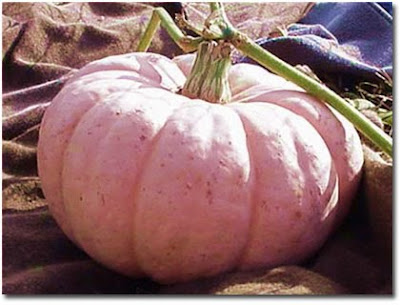 Of course all you pink lovers will love the pink pumpkins. I've seen these showing up all over now. Like the blue pumpkins, these used to be hard to find.
With pink being so popular now they are selling more and more pink pumpkins. 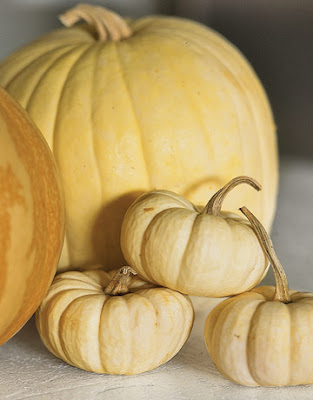 Cream color pumpkins are also easy to find now.
I can remember when they were hard to find. The first ones that came out didn't sell that great. Now they sell like hot cakes. 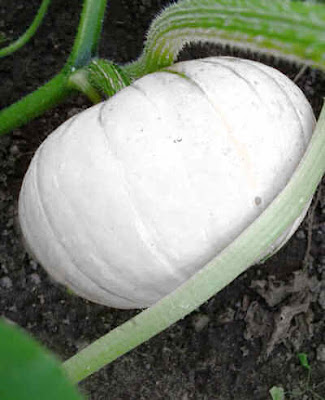 It's a bit harder to find the real bright one ones. I think they call these Casper pumpkins. 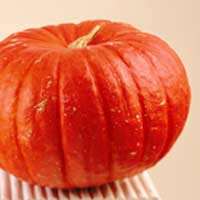 The red pumpkins are starting to become easier to find too. These are more of the flat squatty kinds of pumpkins. Like the one that was in Cinderella.
In fact, I think they call these Cinderella pumpkins.
They may not look like a true red when you see one alone though. Looks like a deep orange really. 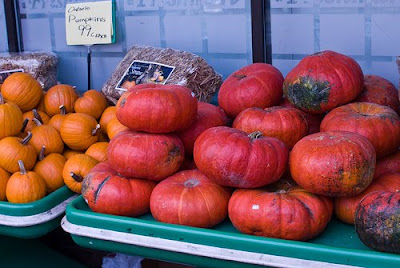 Yet, when they are next to the true orange pumpkins they do look more red. 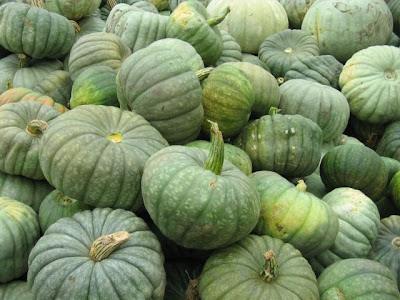 There are even green pumpkins. I have not seen these before. I don't know if they are really green or just have not yet ripened. I think they are green though. 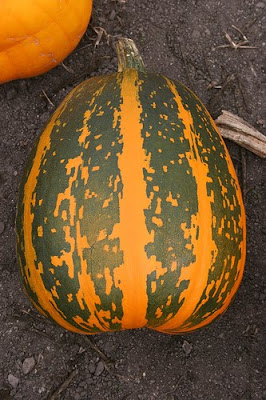 I like the two toned pumpkins. This green and orange looks so pretty to me. 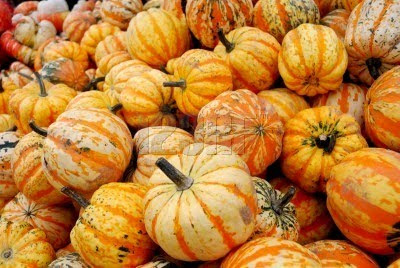 The stripped ones are also getting easier and easier to find. Though most of the ones I've seen are pretty small pumpkins. Not really for carving. 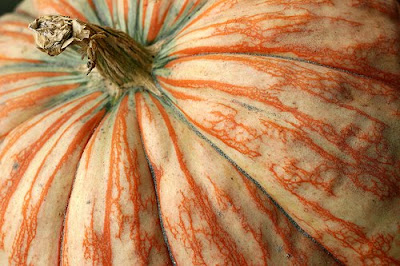 They sure are pretty though. Mother Nature sure does a nice job of giving us such pretty things to grow in our gardens.
So tell me, what color pumpkins can be found in your house? What color pumpkins are they selling near where you live?

Wow!! What a color show that was...I loved it! The only one I have NEVER seen is the pink and I want one! This post reminds me that I need to start getting some specialty seeds again so I can grow some of those next year. There's nothing quite like harvesting a wheelbarrow or large cart full of these beauties! That's my goal for next year...thanks for sharing all these lovelies..:)

These are all so gorgeous. Love the yellow ones.

Their all so wonderful. Now can you make pies from all of these ? or are there certain ones that fall in that category ?

I haven't even started my fall decor. Lazy, lazy...

P.S. I only plan a few months ahead for a party or get together.