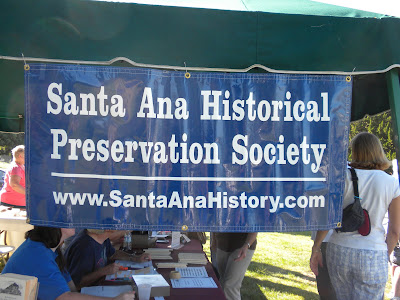 I had signed up a few weeks ago to volunteer with the Santa Ana Historical Society.

Today was the biggest fund raiser of the year.

The Historical Cemetery Tour. I took the tour and then I helped man the booth. 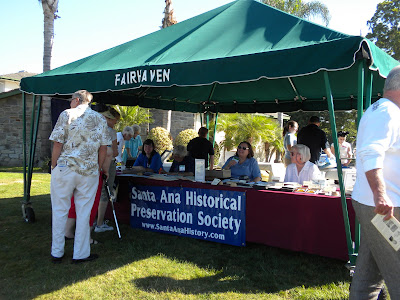 Today was hot! Very hot! At 4:30pm when I left it was still 92 degrees outside. Thankfully we had a canopy over us so we didn't have to sit out in the sun.

What happened to Fall? 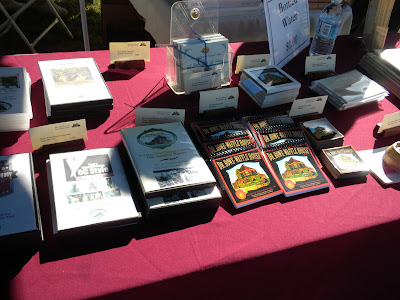 My job was selling everything. There were books, DVDs, calenders, coasters, bookmarks and things like that. The biggest seller was the iced cold water! 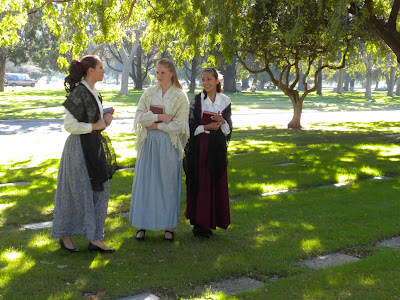 Now, if you have been reading this blog for any length of time, you know I love going to old cemeteries. I love to walk around them and read the headstones.
Many people find it strange that I like this but to me I see it as a place full of history. Everyone buried there has a story to tell. Though we don't often get to know much about them.
Today was perfect for me because the tour took us around and told us a bit about some of the people that are buried there.
The local Performing Arts School Students would be dressed in costumes and they would act out a scene about the people there.
Each year the tour is about different people. This year it was about people that our local streets, canyons, cities and parks are named after. 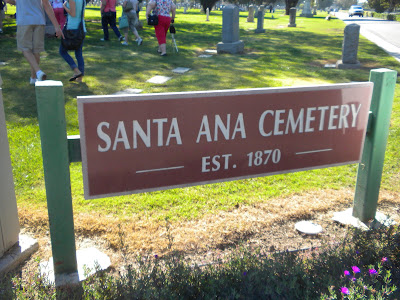 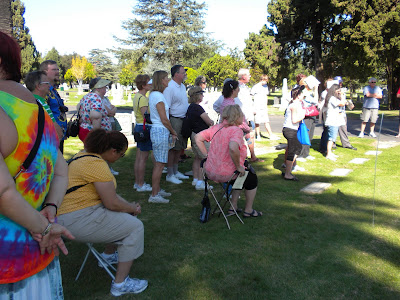 The tours ran every half hour and the groups were about 30-40 people with two tour guides that took us around. 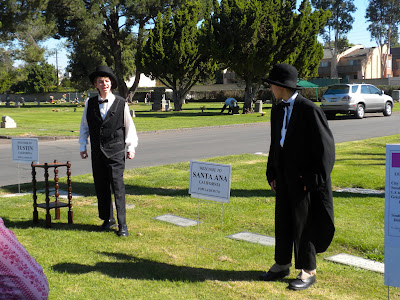 Most of the skits were full of humor and had everyone smiling, if not actually laughing out loud. No, not making fun of the people buried there but laughing at some of the stories from their life.
It was nice to make these names on the headstones come to life. To know they were like you and me. With people who loved them, problems and full of funny stories. 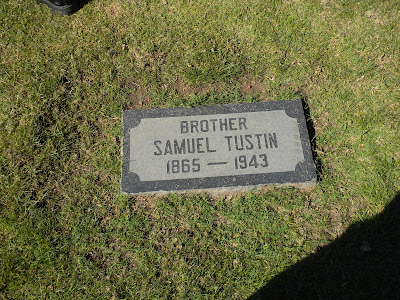 Most of the performances were next to the grave of the person they were talking about. Some were not,as the grave was actually in a place to far to walk to or in a location where it would be hard to have that many people fit in. 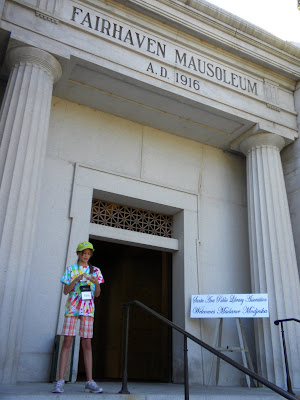 One of the performances was even in the Mausoleum. This place was built in 1916 and was very pretty.
We also learned that this Mausoleum has been used to film movies at. 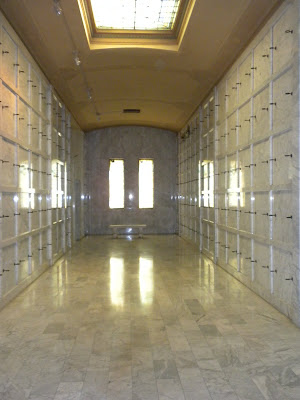 This room is where Charlton Heston recorded the voice of God for the 10 Commandments.
The room gives a great deep echo sound when you talk. 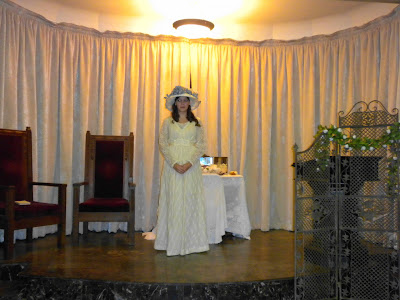 It was nice going in here for our last stop. It was nice and cool and we got to sit.
No one wanted to leave. With the great performance that was put on in here you actually forget you are in a Mausoleum and feel like you are in a theater. 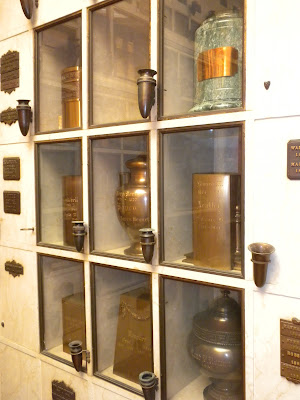 Now I don't ever go into the Mausoleums when I go to cemeteries so, I was surprised to see that now some of the marble gets removed and is replaced by glass. Inside you can see the urns and sometimes photos or small belongings to the person.

Did you know that they do this now? I never did. I think I like this idea though. By showing the photos and a few personal items one gets a little glimpse into who the person was. It's more personal then just seeing a name and dates on a headstone.
Today proved to me that I'm not the only one who likes to walk through cemeteries and wonder who these people were.

I learned a lot today. Not just about the people there but also about the county I live in. How the streets got their names. Who the cities were named after and what life was like in my own neighborhood before I was even alive.

Posted by Joanne Kennedy at 5:35 PM

Joanne, I was there yesterday with "The Lemon Blossom League." I probably bought something from you because after my tour at 11:30, I went to the booth and bought a mermaid charm. I wish you'd join this Meetup group. I know you would like it. The women are so nice, too.
I loved the tour too, lots of fun even though it was hot!
Hugs, Susan

Hi Joanne,
I didn't know they could add the glass, this is the first time I've seen this too. I like the idea and I agree with you its a lot more personal this way.
Enjoy your day,
Elizabeth