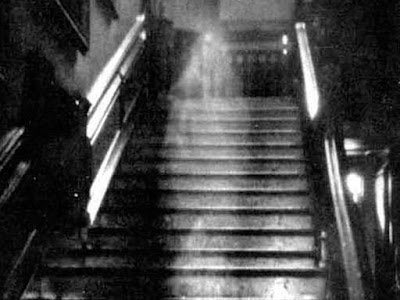 For those of you who have been emailing me wanting to know when my next Paranormal Investigation will be, you'll be happy to know that I meet up with my group last night and we talked about several places for us to go to.

Our next investigation is going to be on Feb 6th. We are going to a church in Brea where a man fell off the roof while doing repairs and died. It is said that many of the people who go to this church have seen, felt and heard him over the years.

Also, there was an accident out front of the church and a man died. He is also said to have gone into the church to find comfort and remains there as a lost soul.

As in most church's, there have been many funerals held there and it appears that at least one spirit decided to not go with his body to the grave. Rather, he is hiding in the church waiting for the rest of his family to pass over before he moves on.

Should be interesting and I will be sure to post about our findings.

Some of our up coming investigations will include a closed down mental hospital where it said a few of the Dr. decided it would be best to kill some of the patients rather then treat them.

This place has been investigated by some of the top Paranormal investigators and even a few of the TV shows have gone there. Lot's of interesting things were found in those investigations.

We are also going to go back to the Star of India to re-investigate the ship down in San Diego.

We are going to go to Suicide Bridge where many many people have jumped to their death as well as some outside hiking trails were murders took place.

So, if you are some of my readers who enjoy the ghost hunting stories then be sure to come back to read the stories about what we found or didn't find.

That's exciting as you know I love to do this myself.

But, I have a warning about the bridge. Please be careful. I think something will happen there to someone in your group. I felt it as soon as I read it. They feel like their being pushed.

Other than that, have fun.

I was telling Maureen on Friday that I would love to go on a trip with you! Would that be possible?

Sounds so exciting and scary at the same time. I don't think I'd have the courage to do it! BUT I'm so interested to see what you find. I'm off to read about your other paranormal entries.
Patricia :o)

Suicide bridge has an energy that is easy to feel. I can remember going there after it reopened (years ago) and it's hard "not" to feel energy. Have a good time "hunting". Our activity picked up for a bit, and now my neighbor is experiencing some odd happenings. We realized how the houses are lined up, that we may have an old farm worker, walking the groves.