I LOVE MY DOGS...AND MY NEW CAMERA 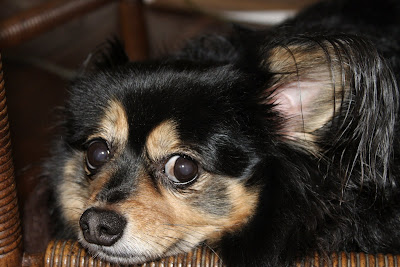 I don't often show photos of my dogs. It's not because I don't adore them. I do. It's because I could never get a photo of them. 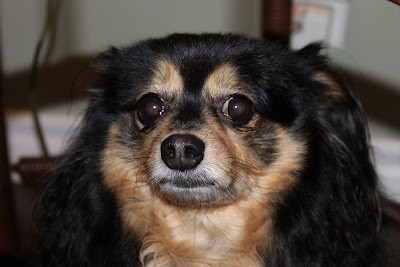 He is so darned spoiled! He will bark until he gets his way. Some people think I'm nuts but, I can understand his barks. I really can.

I can tell when he wants a treat, to go outside is mad over something or anything else. 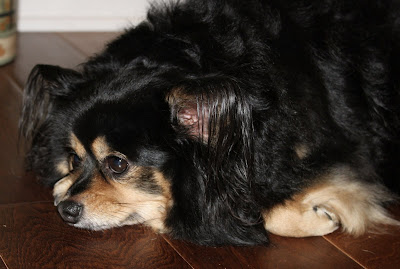 He is a very lazy dog. His idea of going for a walk is to be pulled in a wagon. He loves being outside, as long as he doesn't have to move very much. He would love to stay out all day, if I held him.

Most of the time, if I'm home, he can be found on my lap. If he isn't there then he is very close by.

I love him and wouldn't trade him for a million dollars. He is my good boy. 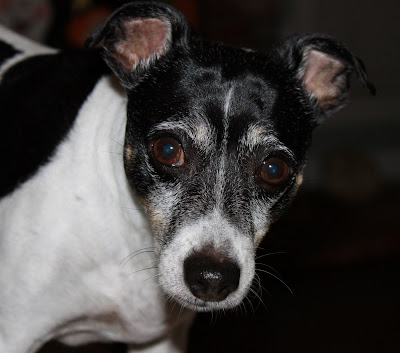 This is Zeke. He is my other good boy. Well, he is actually my sister's dog but we won't talk about that. He is my dog... in my mind, at least. I couldn't love him any more!

He is the sweetest dog. He puts up with a lot. 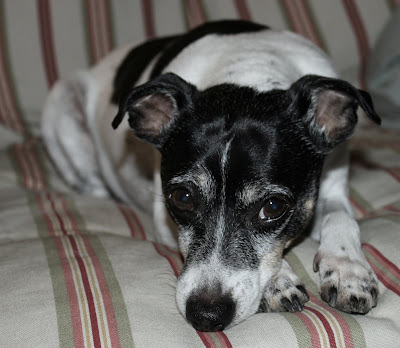 Kids play with him and dress him up. He just lets them do what they want and gives a look like, "Please help me!" if an adult walks by.

Elton bosses him around. It's sometimes sad because Elton can be a bully. But, Zeke just gives in and gives Elton whatever he wants.

Zeke is the protector of our house. It his job to make sure the mailman or anyone walking by our house doesn't stay very long. He barks and they leave.

We have an alarm system, but really, we should just save the money. No one is going to get in this house without us knowing about it. 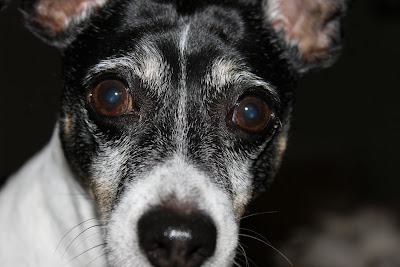 I used to run around trying to capture a photo of both Zeke and Elton and couldn't ever get a clear shot.

I got a Canon Rebel t1i and now I'm just waiting for my other lens to be delivered. I couldn't be happier with it and I'm so happy I finally gave in and bought it.

You just may be seeing more of my dogs now that I can get photos of them. No matter what, you will be seeing better quality photos from now on.

Those are good pictures!!! And I love your dogs already. They're so full of personality!

Well, this post caught my eye!
Your doggies are adorable! Good luck with your camera.
My blog is full of my dogs photos!
(even though my blog is named after one of my cats! LOL!)
:) Cindi

YaY for your new camera - Very Exciting!!
Your doggies are too sweet!!! Thanks for sharing!