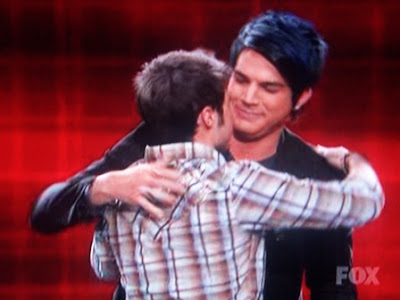 Well by now we all know Kris Allen is the big winner of American Idol. Congratulations to Kris!

The night was so fun! I can't even put into words the excitement that took place. It was like the worlds best party! The crowds were so round up and excited. 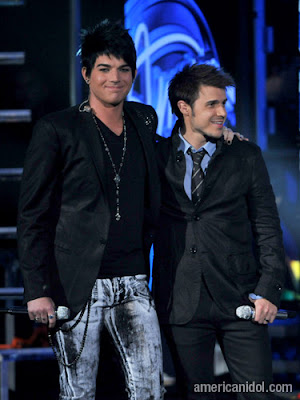 We had all heard rumors of who was going to be there to perform but there were still some outstanding surprises!

I was thrilled to have Rod Stewart, Fergie and The Black Eyed Peas, Lionel Richie and Cindy Lauper as well as Queen LaTifah there to sing for us.


Had someone told me Queen and KISS was going to be there I wouldn't have been to excited about that as they are not my favorite groups. However, I have to admit that when Adam sang with them, the crowd went wild!

It was by far the best performance I've seen at a concert ever! 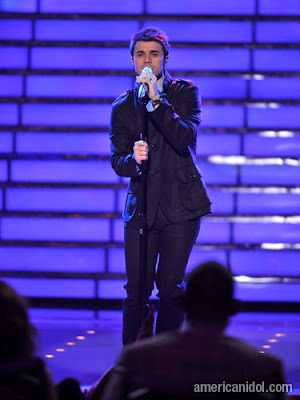 It was so clear the room was full of Adam fans. While I went there not knowing who I even really want to win, I left knowing, there was really no contest as to who was the better singer and performer. By far it was Adam!

When Kris would come out and sing, the crowd would clap and sing along and you could tell he was well liked. Yet, when Adam came out, the crowd grew so much louder with everyone getting up on their feet, dancing and screaming and so much energy was in the room. It was wild!

Even durning the breaks they told us it was like New Years Eve at a concert of your favorite entertainers concert.

So when it came time to announce the winner and they called out the name Chris, a slight delay of clapping took place. Just a split second it was like everyone was in shock.

Of course, quickly the applause came and the confetti fell and everyone got up on their feet to welcome the newest American Idol.

Then it was odd, lots of people started to walk out even before Kris started to sing his final song.

I don't know if it was people who were unhappy with the results or just those wanting to get out and get to their cars before the crowds. Either way it was odd.

When we got home we watched the night on TV. It was so different! The sounds, smells, sights and energy of the crowds did not come through at all. It was not the same as being there. Not even a little bit.

Yes, last night was a night I will remember for ever. I'm very happy and honored I got to be there.

I want to take a minute to thank my sister, Patty, for letting me go with her. After all, they were her tickets and she could have taken anyone she wanted. So thank you Patty! I had a blast!

I will either post another post later today or tomorrow and it will be about the haunted places I went to on my cruise. So stay tuned.

It was the best Idol ever and I for one was so glad Kris won, I think he is more marketable. Adam has a nice voice for Broadway, I just got tired of him screaming every song! My pick from the start was Danny, to me, he's the David Cook of season 8!

How interesting I thought most people wanted Kris to win. Glad you had a lot of fun :)

My fav was Danny, too. And Kris was my second pick. I was never an Adam fan... the screaming and gothic look just isn't for me, too worldly, I suppose. It's way cool that you got to be there in person, though.

Wow...I can't even imagine being at something like that. It sounds like you have a wonderful time!
~smiles~
Mona

Wow, Joanne! Glad you had tons of fun although Danny was my favorite. :) I can't wait to hear about the haunted places!! You know me and ghosts. Lol!

Hi Joanne,
I haven't been by your blog in a while. Thought I would get caught up tonight. Sounds like you had a great time at American Idol!
~Ann

I loved the show and was thinking how magnificent it must have been for you to actually be there. I can only imagine the difference in the atmosphere being there as opposed to watching it on tv. I thought every performance was great (some better than others, but great). I was all for Adam, he was definitely my fave, but I'm always happy for the one that wins because they won!! Kirs' music is more my style, but Adam will do fine - there is no doubt whatsoever about that. And he was a true gentleman all season long in his gratitude and praise for others. He's got it all together and he will be a true star. American Idol helped to let all of us know about him.

How lucky you were to be able to go! I can't imagine how thrilling that must have been. I thought they were both amazing singers, they will both do well.

I don't watch American Idol but friends said they really liked Adam.
Your cruise sounds like it was alot of fun. So you went to Oregon and Washington? I'd rather do that than go to Mexico.
Can't wait to see more pictures!
Hugs, Susan

Adam should of won but all of us in Southern California aren't as star struck as other states so we really don't devote our life to voting on American Idol. I know it means a lot to them to say they have a star in their area. Good luck to Kris but I really think Adam will go much further with his career.