THIS IS AMERICAN IDOL! 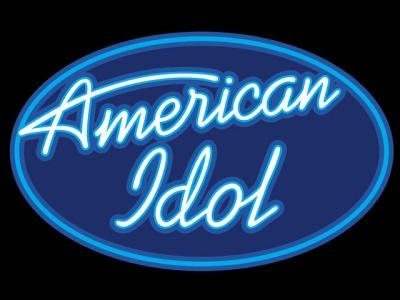 Are you a fan of American Idol? I am. I have been for years. Every year I put my name down for tickets and I've been lucky enough to be able to go see at least one taping a year.

This year I figured my luck had run out because, even though I checked my emails every day, I did not see the one saying I was picked for tickets.

One should never give up hope! While I was away on my cruise, I did get that email. But, by the time I saw it, I was to late. The tickets were all gone.

However, my sister also got that same email and she was able to get the tickets! We are going to the FINAL show!

I'm so excited!!!! It will be my two sisters, Patty and Maureen, one of Patty's friends, Beverly and me. 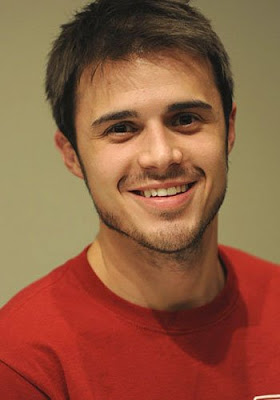 So who do you think will win? Will it be Chris?

I like his voice but I can't stand the way he twists his mouth all around when he sings. I also don't think he is much of a showman when it comes to watching him sing.

Yet, he does have a nice voice and has proved he is able to sing any type of a song. Plus the girls seem to love his looks. 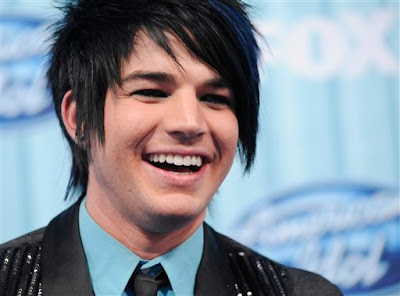 Or, do you think it will be Adam?

Clearly everyone thinks he is a wonderful performer. He has shown time and time again how he can pull off the unbelievable task of blowing the crowd away with his use of lights, fire, costumes, fog and yes, even the stairs.

He has never let us down. Week after week, just when we thought we knew what type of a show to expect from Adam, he comes out with something you never dreamed of.

Does he have a good voice? In my opinion he does. Though I'm not sure if it would sound as great when you listen to him on a CD and not watching him performing the song.

His classic high pitched scream he does as he hits those high notes often make me feel a bit uncomfortable. It's almost on the screeching side at times.

I'm not sure who is going to win. I'm not even sure who I really want to win. If I had to pick, I would say Adam. If for nothing else then for his creative mind and interpretations of the songs he sings.

I am looking forward to not only hearing these two great guys sing in person but also to hear/see all the other people who are set to perform Wednesday night.

Will you be watching? I hope so. I'll be sure to wave to everyone, even though I'm almost positive I'll be in the nose bleed section and you won't be able to see me. At least you will know I'm there and thinking of you guys.

So turn on your tv sets, watch and listen because "This is AMERICAN IDOL"

Have a great time at the final show you lucky girl. I am voting for Chris to win. Yeah, I know, he's a little wishy-washy, but Adam is too 'out there' for my taste and he hurts my ears with those high notes. :) xxoo

Wow! That is unbelievable!! Have so much fun!
These two are so different in every way....I have thought from the beginning that Adam would win...because he is a great singer as well as entertainer. He always brings it 100%.
Have fun!
Hugs, Lynn

Oh My Gosh! You are so lucky. Have a great time. I like both, but I think Adam has what it takes and puts 100% into every song. We'll be watching tonight. Mumzie

That's great you got tickets. Have a great time. We get AI over here so I will think of you. We enjoyed The AI Experience at Hollywood Studios but I bet being at the real show and the final will be amazing. Look forward to hearing all about it.
Lindsay

That is so freaking cool that you got tickets to the FINAL show!!! How coolis that!

This is the first time I've ever gotten into American Idol, can you believe it!?

I've really enjoyed watching Adam perform. I thought that Simon was so funny last night when he said that Adam's performance with the fog looked like "Phantom of the Opera" and Adam just laughed. How cool is that, he can totally handle Simon.

How great to get to the final show of something you enjoy so much.
I'm not an AI fan anymore, but my teen is and we get a "run down" from her after the show ends. She was a Danny Goeke fan and can't stand Adam because of his screeching, lol! I wonder who will win. Maybe I'll watch tonight.

Oh Joanne!!!!! You are so lucky! I love American Idol and to see the final show is phenomenal! There will be many great performers in this final show and you will have an unbelievably wonderful time no matter where the seats are!

I have always been for Adam as I think he is a great performer. I doubt I would buy one of his CD's though as it is not my type of music. I would listen to a CD from Kris. It will be interesting to see the results tonight. I can't wait!!

What fun!. We think it will be Adam as the winner.
We have tickets to see the Idol's in concert in July. Can't wait.
Enjoy and let us know how it was in person.

How fantastic that you got tickets! The very first American Idol season we went down to the Kodak theater for the day to hang out, not even knowing that it was the shows finale and we were bombarded with people there. We saw everyone, couldn't believe it lol. The judges were on a small stage taking photos and people were trying to go up to Simon and sing for him LOL. You're going to have to much fun!

Wow, it could go either way. I think Adam is a good performer in a theater way. Both have good voices. I don't vote but I sure do like to watch. They are so different.

I watched the show, but read your post AFTER it aired. I never imagined a fellow blogger attending, how exciting! I am in agreement with you that Adam is the better performer/singer, however Chris is the one I would rather listen to on a CD. By now we all know Chris won and I was shocked. Even though I was rooting for Chris, I felt based on their performances that Adam should have won. Chris must have had a lot of devoted fans. At least we don't have to worry about Adam, he is sure to land a recording contract!
Congrats to both of them, they gave us a great season!

Hi Joanne...nice to have you home..I would have voted for Adam had I voted. The reason being that he is definitely the American Idol type..and I mean that "Idol" is the word. Not American talent..they both have that..but Adam just has it all!
He commands the stage when he walks out and that is what an "Idol" does!
He didn't win though! Actually, both men have it made now...so..
Glad to have you back!
Hugs,
Mona