Last night I went down to the beach to pay my respects to all those who lost their life on 9/11 as well as all the men and women who have fought and continue to fight for our freedom.

It was very touching and such an honor to have been there. 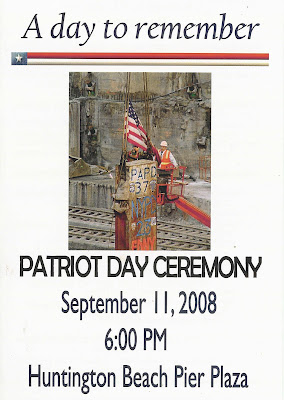 The crowds gathered by the pier in Huntington Beach. Many people had to stand as there were not enough seats for everyone. Several people even stood up on the pier to watch. 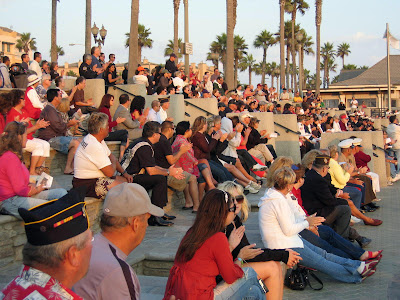 Before things got on their way the Firemen got together to discuss what they were going to say. 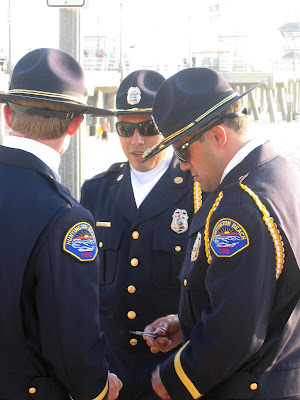 The bag pipes could be heard through out the beach calling everyone to come join in as we all remembered. 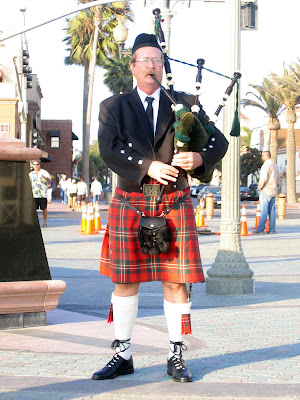 The flag was flown half mass to honor all those who have fallen. 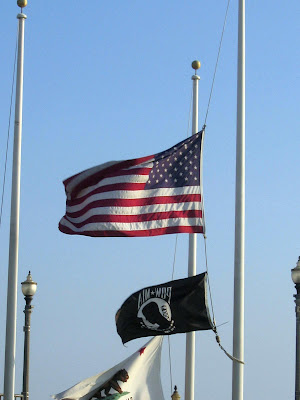 The Pledge of Allegiance was said. It seemed to be louder then normal and said with much pride by all who were there. 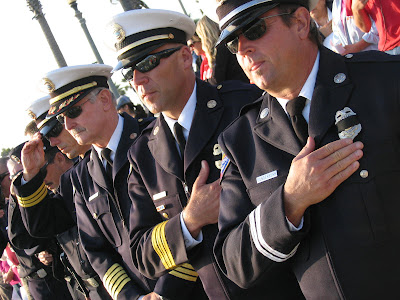 People bowed their heads as the Police Chaplin lead us all in prayer. There was a loud Amen at the end. 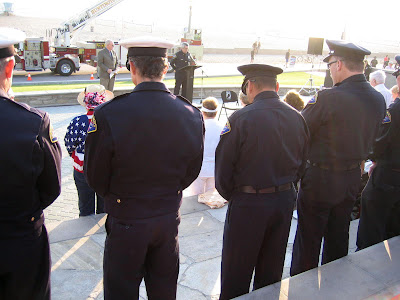 The badges of the Firemen and Police were covered with the black tape which is customary when one of their own has died. 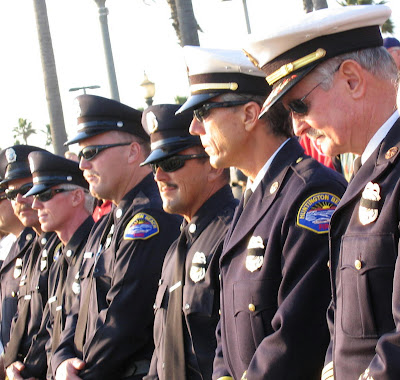 The Veterans were there to pay their respect and were greeted with a loud applause. 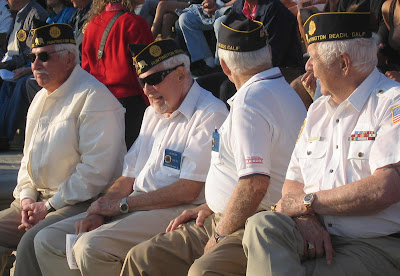 Before telephones and radios were around the Fire Department used to ring a bell when one of their own had died. It was a way to let the people in the neighborhood know. That tradition is still done today.

To honor those who were no longer with us each war that America had been in as well as 9/11 was read off and after each one the bell was rung.

Amazing Grace was played on the bag pipes as this was done. 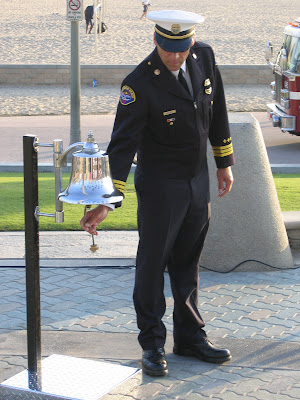 Police officers, Firemen and the Military speakers all spoke. Each took turns telling us what they remembered about 9/11. Where they were, how they reacted.
Many ended up going to New York to help with the rescue and clean up. Some knew people who were killed.
All talked about the brave men and women who helped to save life's. They all agreed that those people did not LOSE their life's but rather freely GAVE their life in order to save others.
Then there was a 21 Gun Salute to honor all those who were no longer with us. 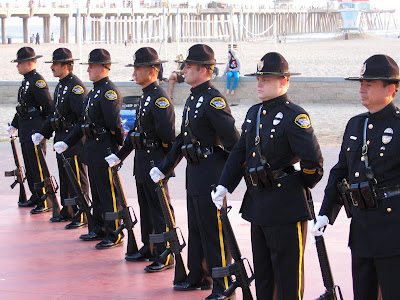 Yes, this was held on 9/11 and yes, this has been a tradition ever since 9/11 happened. However, it has become not only a day to remember everyone who passed away on 9/11 but also a way to honor the men and women who were heroes and still are heroes in The USA. The firemen, police and military.
It was touching, sad and also left me feeling very proud that I am an American and live in a Country were Freedom rings.
Hugs,
Joanne

The images are just beautiful. This day still brings a tear to my eye.

What a wonderful thing...thanks so much for taking me along to the beach ceremonies.
love, bj

Hoooah to our heroes - police, firefighters, soldiers, EMT and the moms who train them right!!!
Smooches,
Connie

thank you so much for posting ...this day always makes me sad ( i live in boston area , where it all started ...the planes that is ) and reflective but glad to be an American...

It looked like a wonderful tribute to all that should be remembered.

What a beautiful ceremony to commemorate a day our nation will never forget.

Your Patriot Day Ceremony on Huntington Beach looked to be a very moving tribute. My thoughts and prayers are always with America on 9/11.
Lindsay

What a beautiful post. Gave me chill bumps. God bless America and Peace be to all!