SHE'S HERE! WE WILL NEVER FORGET!! 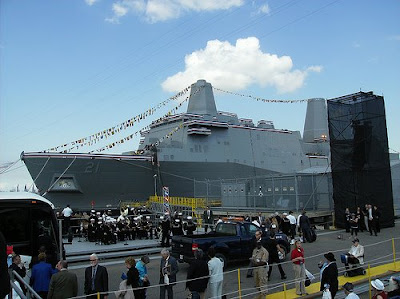 If you have not already met her then let me introduce her to you. This is the USS NEW YORK.

She is the fifth of a new class of war ship designed for missions that include special operations against terrorists.

What makes her even more Special is she was made with steal from the World Trade Center. 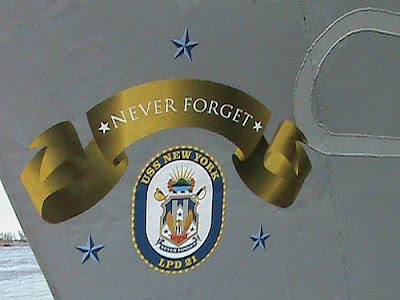 Her motto is NEVER FORGET. I hope and pray that is all of our own personal motto's also. 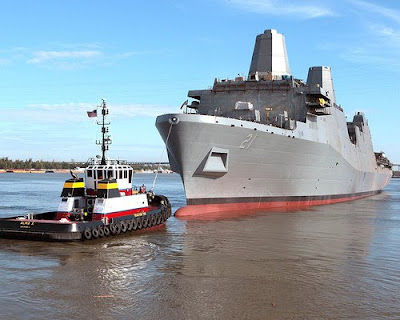 Did you notice the two towers on the ship? Those are in memory of those who died in the Twin Towers attack. 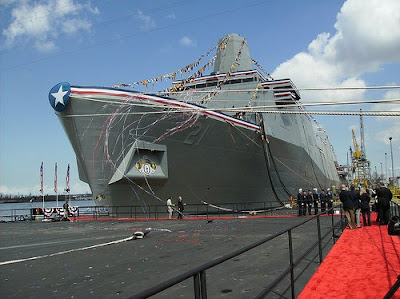 Personally I can not think of a better use for the steal in the Twin Towers.
As they say...They knocked us down but we will pick our self up and come back fighting stronger then ever.
I think this ship proves that. No one messes with the good ol' USA and gets away with it.

I heard about this ship. Now I wonder, with the steel they used, whether or not it's already haunted.

What a great tribute to America!! Go USA!! Love it... thanks for the wonderful post.

Love this post! I knew it was getting time for it to be launched. Think how honored those brave men and women will be to serve on this beautiful ship. Thank you for posting this...and God Bless America!!!

GOD bless America, my home of the free! May we never ever forget that horrible day...sharon

I'm back from Calif and will never ever forget, sugar! I was just perusing all the blogs on Google Reader and had to comment on this one, sweets!
xoxo,
Connie
Had 136 blogs to catch up on!

Joanne,
Thank you for the kind words about my Scout...I appreciate them.
Awesome ship!!
Deb

How fascinating! I had never heard about this ship. What an awesome thing.

WOW isn't she a beauty. We would love to see her in person .... your post has made that almost possible. We will NEVER forget. Thanks.

It's a beautiful ship, isn't it? A wonderful tribute.

What a wonderful ship! I love all of the details that went into it- the name, twin towers, metal and motto.