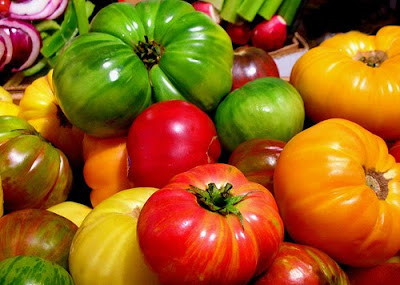 Growing up, the only tomatoes I had ever seen, or hear of, was the grocery store red tomatoes.

It wasn't all that long ago I started to learn about all the different "new" kinds of tomatoes out there. Though they were not really "new" varieties, they were actually from seeds passed down from many generations ago and they were called Heirloom tomatoes.

They came in many colors and they didn't look like the "normal" tomatoes I was used to. They were sort of ugly.

They were hard to find and when you were lucky enough to find them they were very pricey.

Now, Heirloom tomatoes are all the rage. Most stores carry them and most people have heard of them. 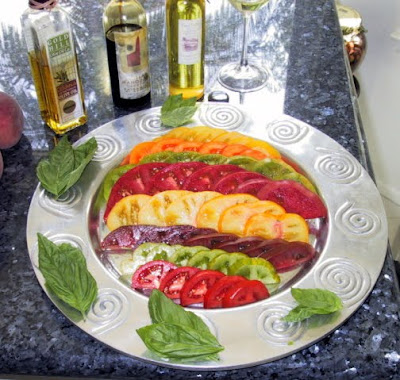 I love tomatoes and when I came across this picture of these beautiful heirloom tomatoes in a rainbow of color, I knew I wanted to try my hand at growing them myself one day. 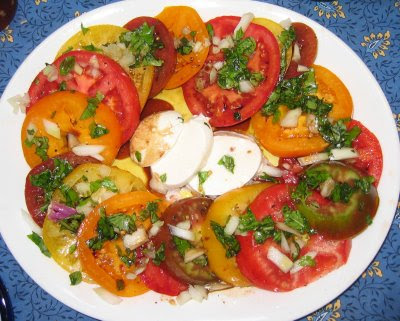 Did you know there are hundreds of different kinds of tomatoes? Well there are. I had no idea which ones would do good in my area and which ones was best for the soil I had. 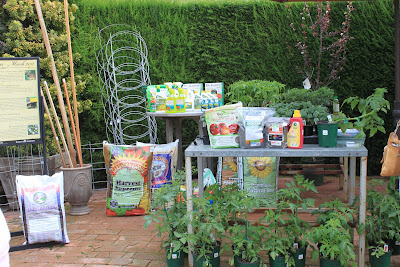 So, when Rogers Gardens offered a free class on growing tomatoes I knew I was going to be there. 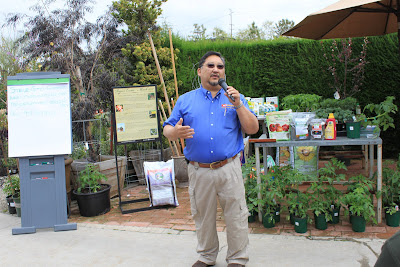 We had a man who is known as a "Tomato expert" tell us everything we always wanted to know about tomatoes and then some. 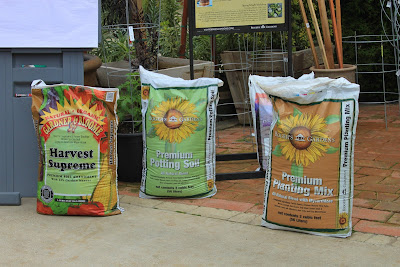 We learned how the best way to grow tomatoes is the Organic way. Use good potting soil. 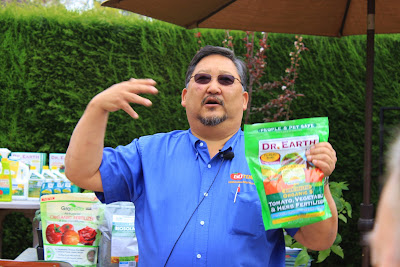 Feed it and amend the soil with organic items. Use no bug sprays. Just pick off those ugly tomato worms. 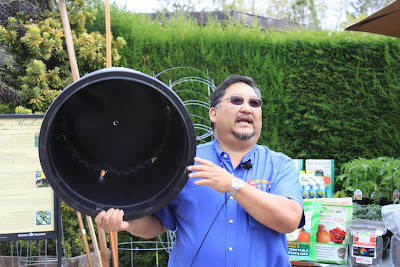 If you plant your tomatoes in a pot, make sure it's no smaller then what he is showing us here. Tomatoes need a lot of room for their roots. 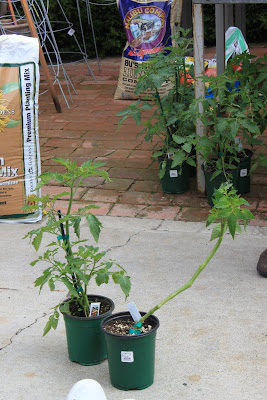 He showed us that it's ok to buy the long and sad looking plant. You don't have to always get the pretty one with flowers already on them. 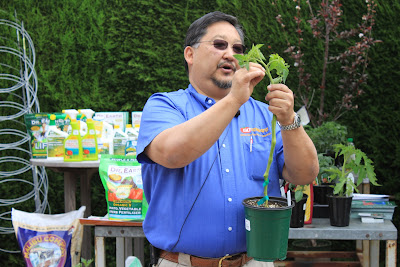 If you look closely at a tomato plant you will notice that the main stem has little hairy things growing off of it.

If you pull the leaves off or, in a case like this plant, there are no leaves on it, then plant it deep in the soil, those hairy things turn into roots. 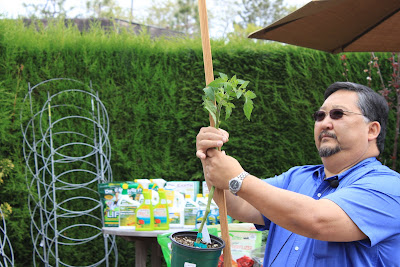 He is showing us how deep to plant this type of plant. By doing this, the plant will have a nice big root system and the plant will grow big and strong like all the other pretty plants would. 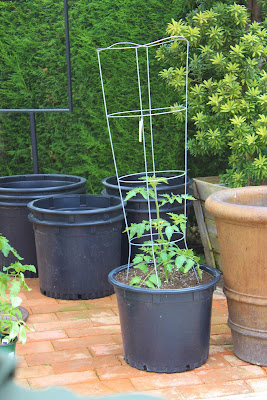 Be sure you stake the plant, keep it properly watered and in a few months you will have your very own Heirloom tomato salads.

I was excited because, at the end of the class I won a raffle drawing and won the big black pot and the "ugly" tomato plant.

Everyone also got a free tomato plant for attending the class. We got to pick from several different heirloom plants.

I ended up getting several. I'm now all set to plant them and start tending to them. I've grown tomatoes for years but never Heirloom ones.

It will be fun to try the different types of tomatoes and see which ones I like the best.

Have you ever grown Heirloom tomatoes before?

Posted by Joanne Kennedy at 9:54 PM

Hi, I have never heard of the heirloom tomatoes, but I can tell you there is nothing better than a fresh tomato. Will have to tell hubby about these so he can check them out. He will not touch a tomato of any kind from the grocery store. If he eats a fresh one that is not from our garden, he has to know who grew it. I know....he is weird like that.

Excellent reporting on this class, Joanne! I learned a lot by reading your post. I grow tomatoes every summer and last year was the first time I had heirloom plants. They did very well and I had delicious orange and yellow colored tomatoes.