I MAY BE IN A MOVIE

I got an offer to be in a movie called The Mischievous Case of Cordelia Botkin. It's based on a true story.

It takes place back in 1889 and is about an older woman, Cordelia Botkin, who leaves her husband for a younger man. The catch is he is also married and ends up leaving Cordelia to be with his wife.

Cordelia becomes very jealous and will do anything to get her boyfriend back. Even murder.

Thus Cordelia ends up on trial for killing her lovers wife. 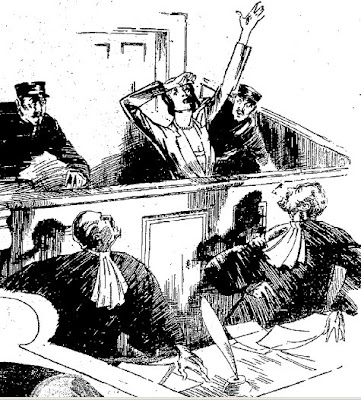 Cordelia sends her lover's wife a box of chocolate and does not sign the card with her full name. Only C.


Not knowing who the box of candy is from and being a lover of chocolates the wife eats several pieces, not knowing they were laced with arsenic. She later dies.


Cordelia's handwriting is quickly recognised by her lover and he turns her in. 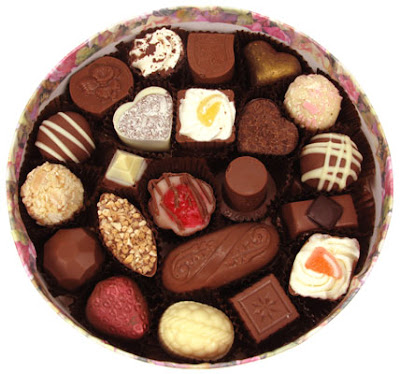 This is not going to be a big film or win any Academy awards but it still sounds like a fun movie to do.

I wouldn't have any speaking parts. I would just be in Victorian costume and either sitting in the court room or be one of the people out on the streets in town. 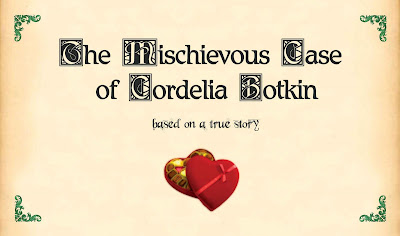 I still have not decided if I want to do this or not. I think it would be fun but it would be very hot.

As you know, back in the Victorian days, the woman all wore long sleeves, long dresses or skirts and hat. Being outside would be a killer dressed up and standing in the heat all day.

The trial scene is filmed in an old court room down in San Pedro and I don't know if they ever updated the court house with air or not.

I've been an extra in two other movies. One was Star Ship Trooper, I think it may have won an award for Best Special Effects that year.

The other was Running with Scissors, which actually got nominated for an Academy Award for best Actress.

Have you ever been in a movie or on TV? There is a lot of waiting around for them to film your scene and it can be very exciting at times but very dull at other times. Yet it's still fun to see the whole process going on.

So would you do this movie? I'll let you know what I decide.

Labels: being in a movie, Cordelia Botkin, movie extra

How exciting...I hope you do it and post all about it!

Do it! Victorian clothes! Awesome!!! My dad was an extra in Apollo 13 LOL.

I think it would be fun, and you'd get to wear period clothing, hot yes but oh so much fun!

Oh wow! That is super exciting! I would love an opportunity to dress up in period costume...how neat!

Oh, how fun to be in a movie where you get to where your period costumes! I would SOOOOO love to do that!

You know that sounds so very exciting, I would have loved to be in a movie... I say you should go for, I did not know that you were an extra in those two movies, I seen the first one, but not the second.. wow I saw you and did not even know it was you who I saw..... lol; gosh I hope you understood that...hehehe

Oh Joanne, go for it!!! I would love to be in a movie. My daughter is actually writing a screenplay and would like to get into actual film making. How on earth do you keep soooooo busy?? Love to ya.. Tracey

How exciting! I wish I could be in a movie. That is so cool!

How exciting! Of course I'd be in a movie...as long as I was just an extra, that is. And to be in a movie set in the victorian era...how fun!!!

I thought about doing this, too. But I think I'd be too hot! The weather here in Riverside has been in the 100's since I got home from Kauai and it's killing me. I want to go back!
Hugs, Susan

Hi Joanne
This sounds so exciting. I would definately be in the film if I could but I understand about the heat issue. I have never been on TV or in a film. I look forward to hearing all about it if you take part.
Lindsay
x

That is so exciting! You should do it! I've never been in the movies but I was on the local news when a fugitive escaped and ran to my daughter's school.

Well, I don't know. I've never done anything like that. But the thought of those hot Victorian clothes... Let us know!
Brenda

I would do it for sure! I love Victorian clothes! I probably should have been born back then. I bet it will be hot though. Maybe they will have really good air-conditioning in the courtroom! A guy that I use to date YEARS ago was in a movie years before I met him. It was called "A Hobo's Christmas". He had a small part but he did have a few lines in it. Everytime that it is aired, he gets money for it.

I say yes, the movie sounds great and it would be fun and exciting. I love period clothing. I hope you decide to do the movie and share the fun with us.
Take care and enjoy your day,
Elizabeth