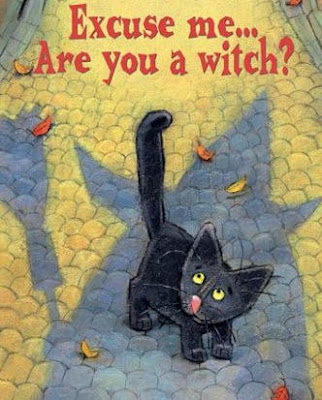 Yesterday, I shared a bit about the Salem Witch Trials in 1692. Today, I wanted to let you know a few reasons why one could have been found to be a witch back then.

Do you have any of these traits? If so, you could have been put on trial too.

If you do any of these things or someone thinks you have done these things, then you could be arrested and brought to trial. You would not be allowed to have a lawyer or witnesses to testify on your behalf.

If you plead innocent and the courts found you guilty (which everyone was found guilty) then you would be hung. If you plead guilty, then your life would be saved but, you would be in prison for life.

Even after the hysteria was over and the Witch Trials were found to be frauds many still had to stay in jail. Back then, you had to pay for your "room and board" while in jail. Even if you were arrested and found not guilty.

Those who were pour could not afford to pay the fees in order to get out of jail and some even ended up dying in jail.

Often when we look back in our History we find strange things that we can't understand how people allowed to happen. The real scary thing is we never know when something just as foolish could happen in our time.

I, for one, am happy I didn't live back in 1692 because I fear I would have had to stand trial for being a witch. How about you?

If you were arrest back then and accused of being a witch, how would you have plead?

Labels: 1692 witch trials, Accused of being a witch

GLAD to be living now instead of during those times

I almost qualify, but I do go to church every sunday so that lets me out, sugar! Hah.
xoxo,
Connie

Joanne, your right about all those things and the one thing I find really bizarre is,, you were tortured if you didn't confess and were killed and if you did confess you were killed.. it really was a no win situation.. kind of like the idea if they dunk you and you lived you were a witch, if you drowned...you were innocent. What a great justice system!???

I go to church, too, so that would leave me out. I love Salem, last time I went, was Halloween, You should see it then! But have fun, it's a very interesting place and lots to see!

Yep, I have more than a few of those traits!
Brenda

I just stumbled across your blog and love it. I wanted to comment that by all accounts you listed, I would be considered a witch. I think despite the fear I would plead innocent because I could not stand to be imprisoned for something so ridiculous!

wow thats crazy! I do not know. I think I would have to plead innocent and hope that somehow i got lucky!

Nope. I honestly do not fit any of those nor would I want to. I have seen a few movies in my lifetime and they were bad enough, but I know a lot of it was possibly truth and worse! I also am glad I live now!
Oh wait...I have thought I would like to change churches! Oh dear!
Yep..glad I live now! :)
Hugs,
Mona

Oh good grief...so I grumble to myself at times...so hang me! lol

Well I surely would have been hung. I have them all. Interesting how fearful people were of others that were considered different.

My guess would be yes. I could definitely fit some of the traits. When I was in High School, we were studying the witch trials for English class and I was one of the 3 that were put through a mock trial. I was found guilty and sentenced to death. It was a bit unsettling even though it was only for play. People can be so cruel to each other.

Very interesting, Joanne! Well, I'm glad to see that black cats weren't on the list (since I have a thing for them! ha ha)... Wonder where that started? You're going to have a blast in Salem!... Donna