GARDENING WITH MY BROTHER

I don't know why this post won't let me post it the way I wrote it. It won't show any paragraphs. So, you will just have to forgive me on this. I tried to redo it four times. 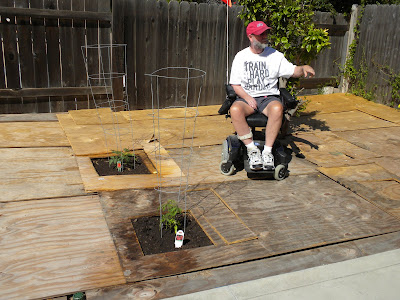 Years ago, my brother and I rented a little plot of land from a local college and we planted a garden together. We dug up the weeds, turned the bad soil into nice healthy soil, planted, watered and then shared the crops. Ever since then we both have loved to garden. He more so then me. He dedicated his whole back yard to his fruits and vegetables. He grew just about anything you could think of. Even bananas! Then he had his stroke and that kept him from getting out in the dirt, planting and growing anything. 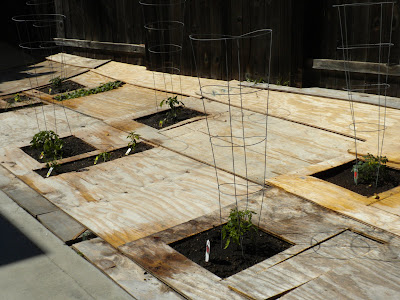 Until this year! He finally figured out a way he could get out start to garden again. He found some tools that were made for those in a wheelchair. He was all set to get back out and plant this years crops. So, out he went. Though he was met with a huge challenge. His lovely yard of deep rich soil had nothing but weeds growing. Weeds that were knee high. No one had taken care of his yard for years. He was not going to let that stop him. He went out every day and slowly cleared away the weeds. Let me tell you that was no easy chore for an able body, let alone someone paralyzed on one side. 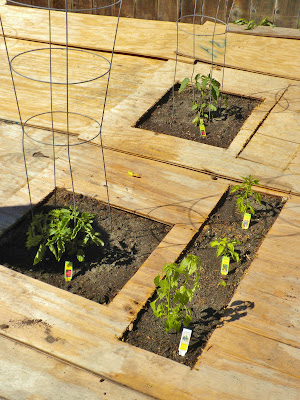 He had a plan and no one was going to stop him. He knew what he wanted to do. 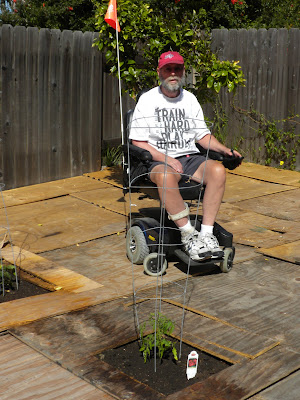 After a few weeks, he had all the weeds cleared away and was back to the nice, dark brown, rich soil. He had trouble getting out in the dirt though. The wheelchair would get stuck and was always really dirty after he was out there. So he had his neighbor purchase some plywood for him. They screwed it all together so it would not move and then cut out holes where the plants would go. He now had a way to get out in the garden without any problems. 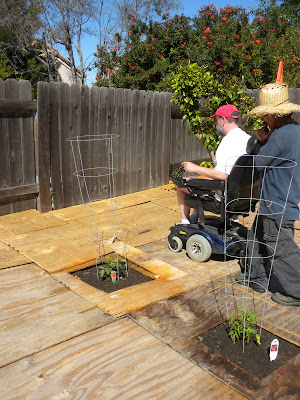 Here he is showing what he did, to his neighbor who is a landscaper. He wanted to get his opinion on what he thought. The guy thought it was such a good idea that he was going to recommend it to some of his elderly customers who missed gardening. 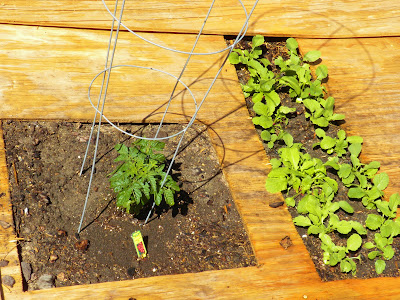 When I got to his house yesterday, he showed me how he had already planted several things. He had several kinds of tomatoes, radishes, zucchini, three kinds of hot peppers and onions. I was so happy for him. I know how much he missed his hobby and I could see how happy this made him. 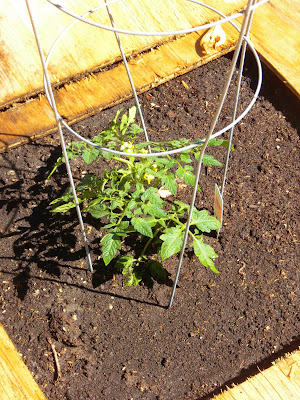 Then he showed me that he saved a few spots for me. He wanted me to plant what I wanted and then he would take care of them. When it comes time to harvest, we will share the crops, just like we did many years ago. I love my brother!

Oh, Joanne, I love your brother too, and this post!! How touching and sweet :)

And I share your frustration with layouts on blogposts! It has happened to me on the last 2 blogposts!... Donna

What a neat post, Joanne! How I would love to have a garden..but I am the only one that wants one.

My brother is also in a wheelchair...and like your brother, does some wonderful things. I don't think he does a lot of gardening..but he does build things...he always has even after his accident that left him a quad..
Brothers! They are so dear!

I love to garden and so does my brother.
Brother's are the best!

Good luck with your garden!

God bless your bro and his determination! I had a sis who was in a wheelchair for all 26 yrs of her life. It is very difficult for them!
I am so glad he getting to do something he enjoys again!
U haven't seen you lately. I have some great bargains in my post!