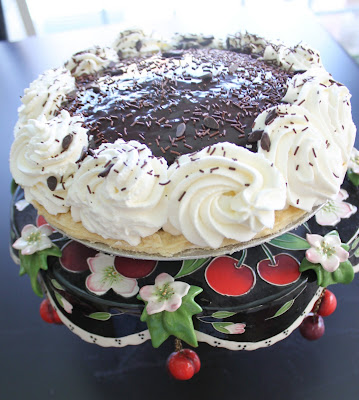 Have you ever had a craving that just won't go away until you satisfy it? Well, that's what happened to me today. 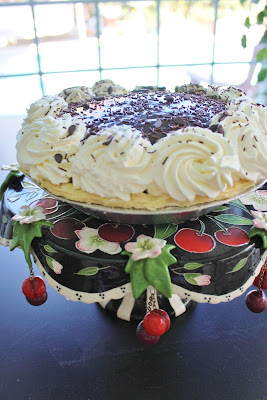 I couldn't stop thinking about Boston Cream Pie. I have not had a piece for over a year and yet it suddenly became something that I "had" to have. 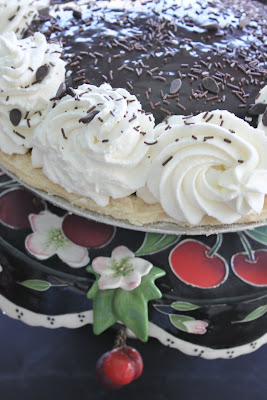 I've been helping a friend of mine, who owns a cupcake shop, come up with new recipes. I've been baking daily so, I wasn't in the mood to bake today.

But, that wasn't going to stop me. I made a quick stop at Marie Calenders and bought one. They have WONDERFUL Boston Cream Pies. 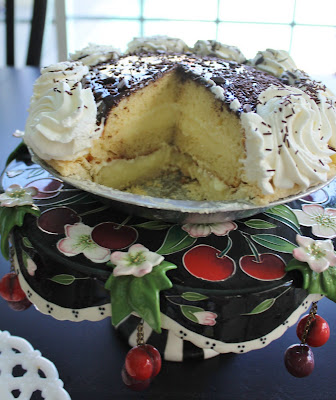 For those of you who have never had a Boston Cream Pie before, it's a must! 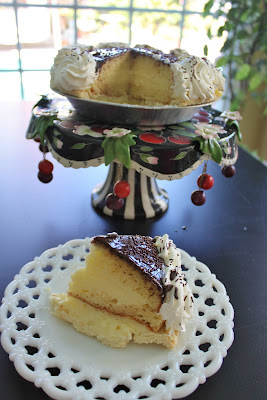 Ready for what, you ask? Well, for a burst of flavor that is like a party taking place in your mouth! 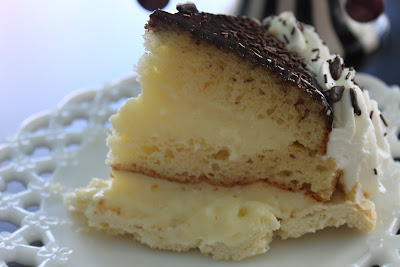 I think this would make a great flavor for a cupcake. Don't you? I think I would leave out the crust so it would be a Boston Cream Cupcake and not a Boston Cream Pie. 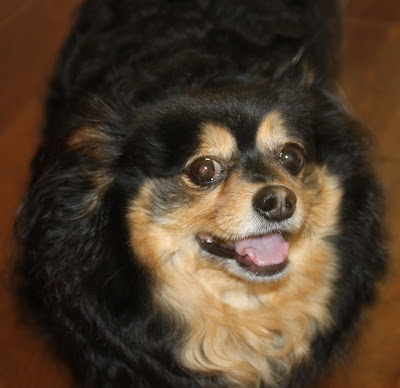 Look who is hoping a little bit of crumbs fall on the floor! Yes, Elton would be thrilled to get his very own piece of Boston Cream Pie.

Sorry little guy, it's not for you.

Posted by Joanne Kennedy at 2:46 PM

Oh that looks good! I have made Boston Cream Cupcakes. Posted them on my blog too!

oh, My!! I don't know when my first visit of a morning has been so tempting!! I haven't tasted one of these in ages, either, and I encore---Oh. My.

I remember just a tiny one from a local bakery Down South---just the cake layers and cream layers, and she did the first real ganache I'd ever tasted.

Thank you so much for visiting today---I hardly ever post a grumpy post, but that lunch was just not good, ESPECIALLY considering the cost.