WHEN YOU WISH UPON A STAR...

Do you ever spot the first star of the night and make a wish upon it?

I used to do that all the time as a kid. I would see the first star of the night and say "Wish I may, Wish I might, Have this wish, I wish tonight". Then after careful thinking I would make my wish. 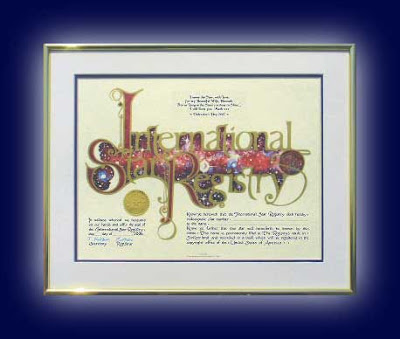 Well, now when I see the stars in the sky I wonder which one is named after me. Yes, there is a star named Joanne Kennedy.

An old boyfriend once gave me a gift of a star. OK, we all know you can't own the stars but you can get one named after you. 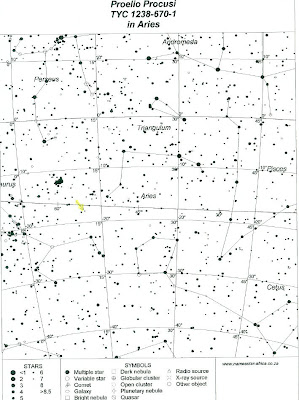 You get a certificate and a star chart with "your" star circled and the placement in the sky is given to you.
Have you ever heard of this before? I think it's a pretty fun gift to give someone. A super idea to give to a new born child, a spouse on your wedding or anniversary, a best friend for a birthday or really anytime is a good time to buy a star for yourself or someone you know.
You can go to http://www.starregistry.com/catalog/dspProduct.cfm?prod=starkit and name your own star.
So next time you see that first star in the sky just remember it could be my star you are making a wish on.

Posted by Joanne Kennedy at 7:49 AM

Labels: Name a star, Star with your name

I have heard of this. But nobody did it for me. He must of liked you bunches to get that done for you.

I have a star named after me too!!! No clue now where the certificate is though......

Hi Joanne
I have heard of this! In fact I was driving yesterday and heard it on the radio. My first thought was, wow, why couldn't I have thought of that, just think, they are getting all that money for planets that belong maybe to someone else? LOL
Hugs~Ann