YOU NEVER THINK IT'S GOING TO HAPPEN WHERE YOU LIVE 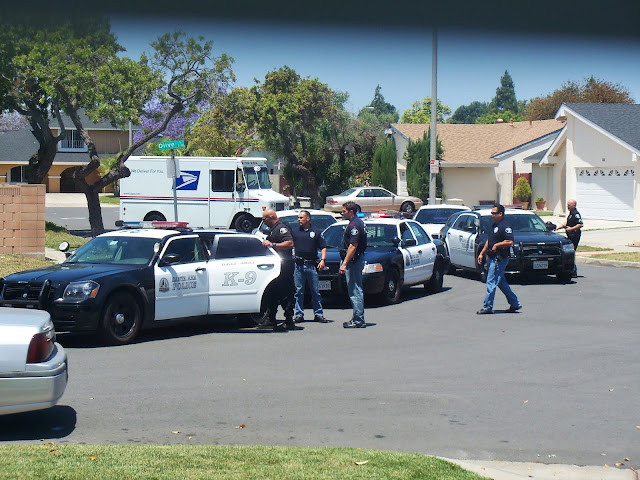 We hear about things on the news all the time and think about how scary some of the things would be if it were in your own neighborhood.  But, we always think it won't happen to us.  We live in a safe area and things just don't happen to us, it only happens to others.

The other day, I was in the office on the computer just having a nice relaxing day.  My sister was out in the backyard watering.  It was a sunny day and we both had plans to stay home and just take it easy.

Our cleaning lady was over cleaning and the dogs were sleeping.

Then I heard screeching tires a super loud crash and then quickly another loud crash.  I knew there was a pretty bad accident that happened on the street right behind our house.  I was about to call 911 and head out to see if anyone was hurt and needed help when I heard my sister run in the house yelling "LOCK ALL THE DOORS AND WINDOWS!!!".

As we all ran around locking them I had no idea what was going on.  I could hear tons of police sirens and helicopters going around.  Something big was going on. 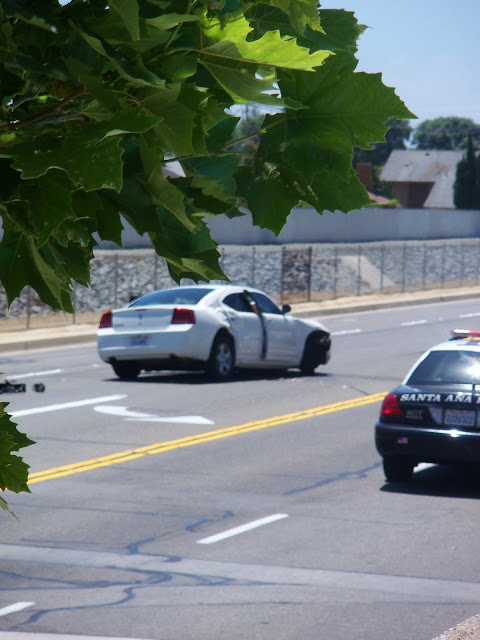 It turned out the police were chasing a car and it got into a big accident.  The three guys in the car got out and ran from the police.

They ran right into our backyard!  My sister was out there watering and could have been hurt by them or worse!  The police came around to the front of our house and within seconds were in our backyard with their guns drawn looking for the guys.

Thankfully my sister got inside and we were able to get our doors and windows locked in time to avoid anything bad happening.

The guys jumped over into our neighbors backyard and one guy gave up right away. 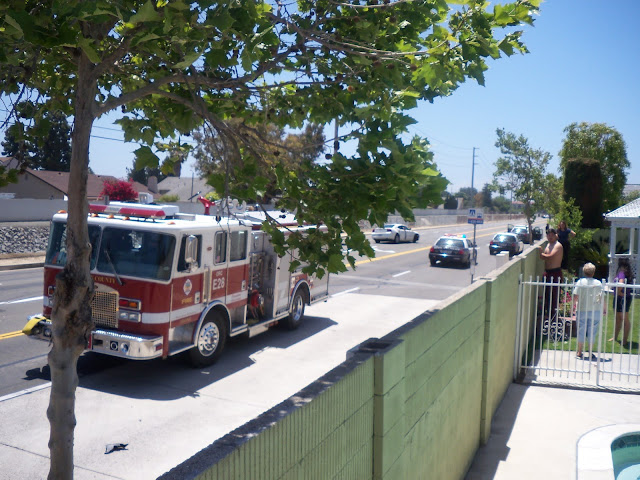 Thankfully they were able to catch all three of them pretty fast. 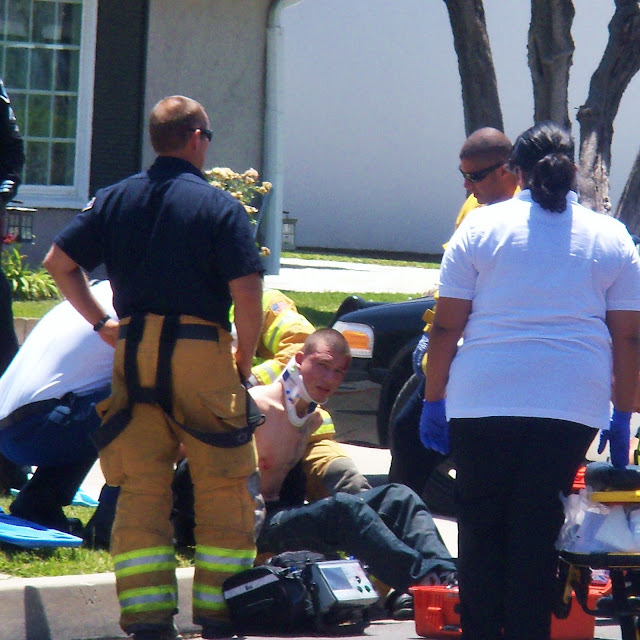 Two of them were arrested and taken to jail right away.  The guy who got bit by the dog got medical treatment and was first taken to the hospital for treatment.

I wish that was the worse injury that was received that day but it wasn't.

It turns out the police were chasing the guys because they were involved in a shoot out with the police and one guy got shot.  He later died at the hospital.
But the saddest part was these three guys trying to get away from the police hit a pedestrian and killed him.  That was one of the loud crash sounds I heard.  His body remained on the sidewalk in back of our house for over 7 hours as the police did their investigation and waited for the Coroner to remove him.

The police were also investigating the area until around 2:00am and this happened before noon!

Yes, this was on the news and when I saw it, I didn't have to wonder how it would feel if it ever happened in my neighborhood.  No, I knew first hand how scary it was and also how blessed I was to have not had anything bad happened to anyone I knew.

I was never one who felt the need to lock the doors when inside my own home.  But, now, I find I lock the doors all the time now.  You never know when some jerk may be running over your fence and trying to find a hiding place in your house.

While we feel like being in our home is one of the save places to be, I found out first hand that is not always the case.  It was a very very scary day that has effected me more deeply then I ever thought it would.

Posted by Joanne Kennedy at 1:30 PM

What an unnerving story, I can see why you were so upset. Your sister was extremely lucky. And you're right, you just never know what is going to happen in any town as we have seen over the last 6 months with school shootings. As you know, I live in Chicago and while it has it's reputation, we live in a lovely area. The best thing you can do in handling crime is to be preventative. And I always thank the Chicago Police Department for being the bravest and the best. And those K9 dogs deserve a round of applause, too!

I'm so sorry this happened so close to your house. I'm not too far from you...by Fairhaven cemetery, this seems too close for my comfort as well. Hope all stays quiet for a long time.

Wow, that is really scary. So sorry you had to experience that. Seeing someone passed on the sidewalk..I cant imagine. :(

I see you're in Santa Ana! I used to work in the city of Orange and lived in Brea and then Laguna Hills. My husband and I moved to Florida a year ago.

How scary that this happened to you but thank goodness you're okay. The use of guns these days is just too much!

Rach, I wish he was only passed out. They actually killed the man walking. It was so sad and even scary to see him laying there dead and knowing that he was laying there for hours before they moved him.