THIS COULD BE VERY SCARY! 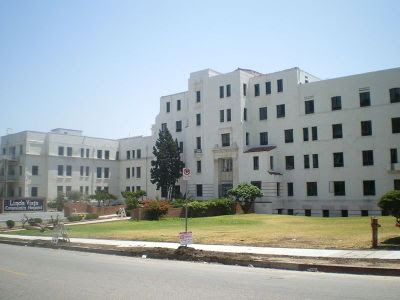 I just found out I'm going to be going on another Paranormal Investigation this coming Sat.

It's going to be at an old abandoned hospital in Los Angeles. It's said to be one of the most haunted places in CA. 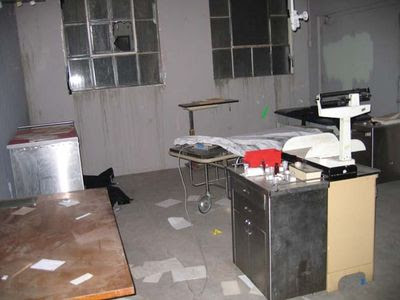 The hospital is Linda Vista and was first built in 1904. It was closed in 1991 and it's been reported it closed due to way to many unexplained deaths taking place there. 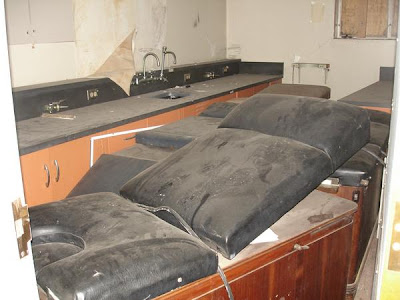 Even though it's been closed for years, items still remain from when it was a full running hospital. Beds, equipment, desks and even original files of some of the patients. 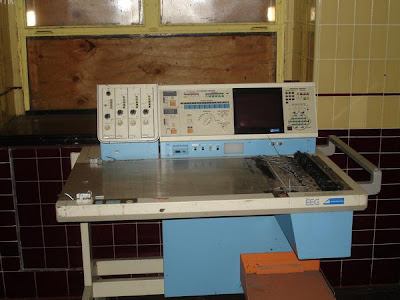 It is now mostly a Hollywood filming place. Movies such as End of Days, Pearl Harbor and the pilot of ER has been filmed here.
If you watch any of the ghost shows on TV, you may have seen a few teams going to investigate here. 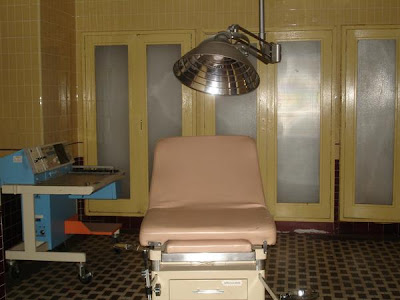 While several ghosts have been reported being seen, heard and felt, it seems like there are three main ghosts that are most active there.
One is a little girl who can be found most of the time in the surgical room. A young woman can often be seen pacing the halls and an orderly still goes around the hospital making his rounds. 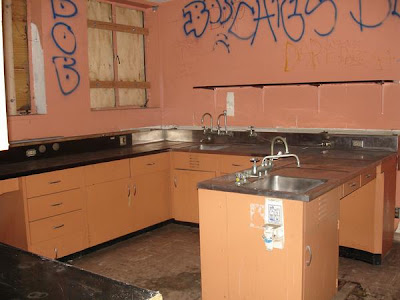 I have not heard of one person who has gone on an investigation that did not hear, see or feel something here.
There are reports of screaming, moans, laughing being heard. Many smells and cold spots have been told about.
The elevator will run without any one pushing buttons.
Even the people filming there report strange things going on. Some have captured things on film or audio recordings.
Several people reported being touched and/or pushed while filming. 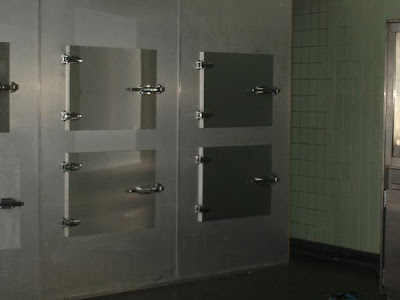 The one room that is not said to be very active is the Morgue. This is surprising to me. I would think this would be one of the most haunted places. 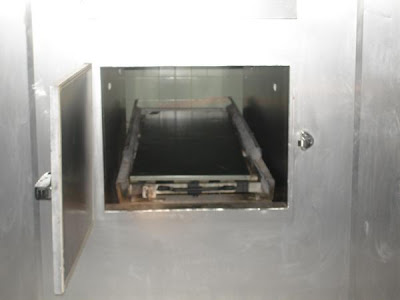 After all, it is the last place those who have died would have been before "checking out" of the hospital for good.
I have to admit that while I've never been scared during any investigations before, this one may be the first time I'm scared.
I'm a bit leery of going to the mental ward as I hear things can be very active there.
I've been told that they are going to stop allowing Paranormal groups to go investigate any more after this time. They say it's brought up a lot of activity and some of the companies who film there have stopped wanting to go there because the staff is to freaked out. So, they want to let things calm down again and just rent out the space for movies and TV.
I'll be sure to let you all know how things turn out.

Certainly not my cup of tea but I'll be anxiously awaiting your report!

I could never do these types of things, I would get too freaked out!

I would love to go on one of these trips. It is very much up my alley. I wouldn't expect ghost to be in the morgue. Because it is said that the spirit leaves the body at the time of death, I would expect to find more activity in the operating rooms and patient rooms. The only way anyone would get me into the elevator would be kicking and screaming. Enjoy your investigation and hope to read some interesting post when you return.

you're crazy! lol... I am freaked out just reading your post! lol

WAY to scary for me!! The last scary movie I saw was Saw I and I'll never watch another one again!

WOW, that sounds kinda exciting!!! I hope you'll let us know how it went!

I actually heard about this hospital this past week! I sooooo want to go. What time? I have to see if I can find a sitter for Jesse as Don is out of town this weekend! Call me!

Ok, just bring your Ghostbuster machine with you, and hang some garlic around your neck and you'll be fine. Oh wait, that's for vampires...it can't hurt. And then you can whip up a little pasta meal for the you know who's! It might go right through them though! :)

Can't wait to hear how this goes! Will be looking forward to a post from you on Sunday or Monday. I love watching these paranormal shows on TV. This has got to be an exciting one. I think I would be too scared to go, though. Do you go real late at night? I think I'd pee my pants!

It sounds so scary, Joanne! I have goosebumps just reading your post about it and looking at the photos!

It looks a little like the beginning photo from the soap opera "General Hospital."

PS Thanks so much for your sweet comments to me! I really appreciate them!